This page tries to explain the Auto Optimizer functionality in SimpleAB and how you can take advantage of it to let your A/B or multivariate tests manage itself.

The Auto Optimizer functionality is optional, but super easy to set up. It’s available for both Template and Chunk tests.

Follow the instructions to set up a Template or Chunk test, with variations like you would normally do. In this example, we set up a chunk test for our Call-to-Action button. It has 3 variations set up, however that doesn’t matter for this tutorial. Open the Edit Test window from the context menu in the grid, or by using the button at the top right when viewing the test variations and statistics. 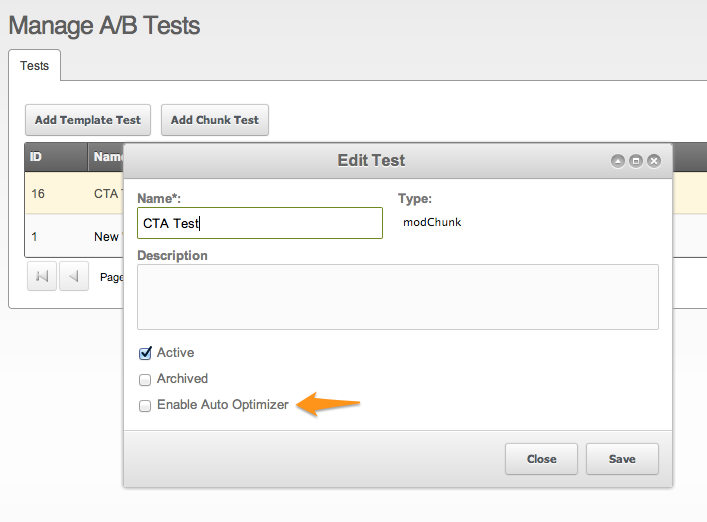 In the Edit Test window, tick the box before “Enable Auto Optimizer”. You will notice a few new fields just appeared. 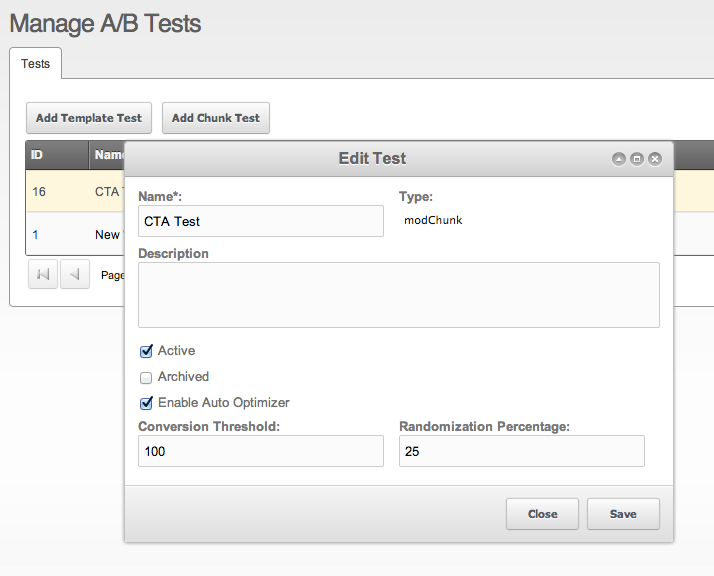 By default, the Conversion Threshold is set to 100, and the Randomization Percentage is set to 25. This means that as soon as 100 conversions have been logged, the Auto Optimizer will kick in and choose the best performing variation to serve. A Randomization Percentage of 25 means that 25% (or 1 in 4) of each new requests will pick a random variation instead of the one with the highest conversion rate.

A randomization percentage of 25% is probably a nice control sample in most cases, but if you get a lot of requests you could bring it down a bit - just make sure that it’s not too low as conversion rates are calculated as percentages and if you only serve 1 randomized request which gets a conversion; that’s a 100% conversion rate! If you want to provide the Auto Optimizer with a more accurate sample, just bump up the numbers.